After five or so months of grotesque laziness I finally put my ass back on the abs diet. (I also put the rest of my body on it). I’m actually re-reading the book right now in an attempt to get motivated to stick with it. The idea is to be in pretty good shape by the time kayaking season kicks off in May and (maybe) enter some races this year. The kayak for hemophilia event was a lot of fun last year and I’d like to do it again and (maybe) not come in second.

Having fun with the new camera, despite the fact that it’s been too damn cold to go out and play with it much. I took it to the dog park a few times, and tried out some of my Dad’s crazy industrial strength lenses on it on Sunday. I took his 300mm lens up on the roof deck and it’s pretty crazy how huge of a difference it makes.

And here it is with my Dad’s Steroid-enhanced lens: 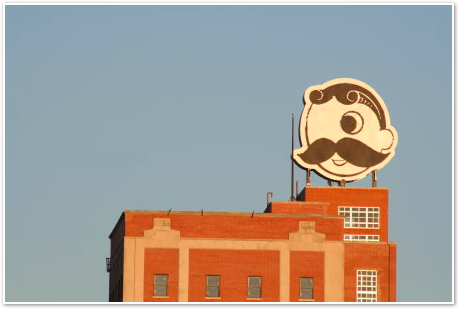 FOOD UPDATE: I made the seared halibut with crushed potatoes and tomato, sweet and sour shallot confit from the Balthazar cookbook over the weekend. It turned out pretty well, despite the fact that I royally screwed up the sweet and sour shallot recipe and turned it into some weird burnt shallot caramel thing. Luckily, the shallot caramel loosened up when I mixed it with the tomatoes, so it didn’t taste too screwed up. Just mildly screwed up. Anyway, the crushed potatoes were a winner. A nice change of pace from mashed or baked. Next time I think I’d add chives or parsley or something. Also, I discovered I really like halibut. Don’t know that I’ve ever really cooked with it before. It’s kind of Chilean Sea-bassy but without the whole guilt-over-eating-an-almost-extinct-fish thing. Wegmans had baby artichokes for pretty cheap so I got a pack of about 8 of them. Trying to decide what to do with them before they go bad.