The Inauguration of Barack Obama 1/20/09

(Back in January, I went to Barack Obama’s inauguration. I never really finished writing about it, but if I don’t post it now, I figure I never will. So please pardon the abrupt ending.)

Bleary-eyed, I opened the closet and began the lengthy process of pulling on layer upon layer of warmth. In all, the clothes weighed more than Malia Obama. END_OF_DOCUMENT_TOKEN_TO_BE_REPLACED 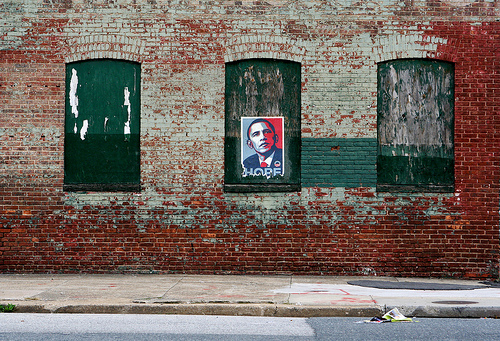 Now get out there and vote!

Like the photo? Prints and greeting cards are available here.

The clothes make the brand. 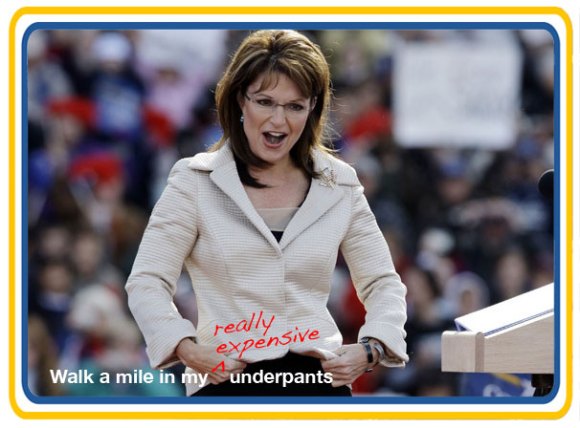 Sarah Palin’s brand is in trouble.

The news of her $150,000 wardrobe shopping spree is a marketer’s worst
nightmare.

The trouble is, Sarah Palin has built her entire campaign around her
persona. Her brand IS her approach to the issues. Ask how she is going
to address the problems of our nation and Palin will tell you that
she’s going to be a Washington outsider and she’s going to stand up
for Wasilla Main Street.

And so far, that’s been a successful positioning. Since she was
introduced in August, Palin’s brand has been selling remarkably well.
Through consistent messaging and repetition, tone and manner, catch
phrases and taglines, we can all rattle off the attributes of Palin’s
product. She’s Joe Six-pack. The little guy. The hockey mom. The hard
working everyman.

That’s where the trouble with the wardrobe comes in.

As any marketer will tell you, the packaging can be as much a part of
the brand as the product itself. So this $150,000 wardrobe is a crisis
for Sarah Palin, because it contradicts her positioning and
undermines her brand’s credibility.

You can’t stand in front of a crowd of factory workers while cloaked
in fabrics that cost more than college tuition and say, “I’m one of
you.”

You can’t be Joe Six-pack, struggling to pay the bills and make ends
meet when your outfit costs more than a year’s worth of healthcare
coverage.

You can’t browbeat the Democrats for “reckless spending” during times
of economic crisis when your wardrobe costs as much as the average
small town American house.

You can’t say you’re blue collar in a Valentino jacket.

With this wardrobe issue, Palin has created a degree of cognitive
dissonance that few brands are able to overcome. The information has
to give even Joe the Plumber pause. Barack Obama was supposed to be
the elitist. Sarah Palin was supposed to be the one who “got us.”

As with any case of cognitive dissonance, Some Palin supporters will
dismiss the information as unimportant or trivial, or try to
rationalize it as being sexist that her appearance is even under
scrutiny.

But for the Palin brand, the bigger problem is with those who have no
stake in her campaign. The critical undecideds whose self concepts are
unaffected by the cognitive dissonance that Pain has created.

Chances are, they’ll react the way people tend to do when a brand
loses its credibility.