It was a little bit rainy this morning, but not bad enough to keep us from walking around and taking 8 million more pictures. 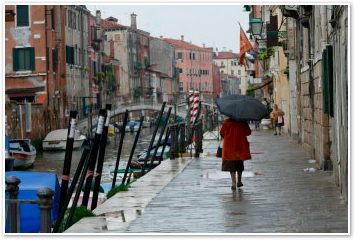 (Haven’t found a translation for what “Ultras” means, but the rest of the graffiti means “not thugs”) 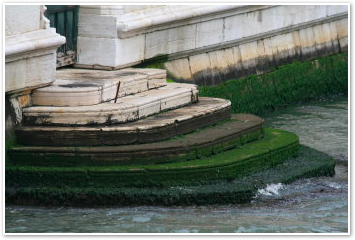 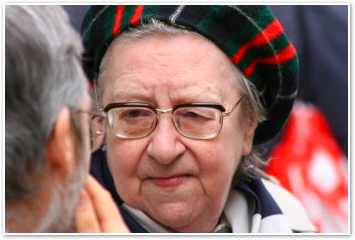 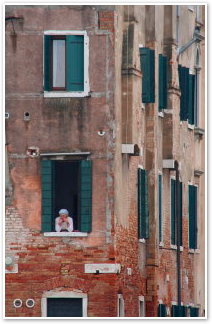 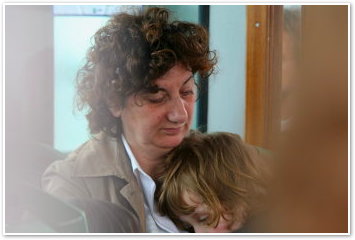 After breakfast, we went to Murano. Which is a small island near Venice that’s famous for glass and, apparently, poor dental hygiene. 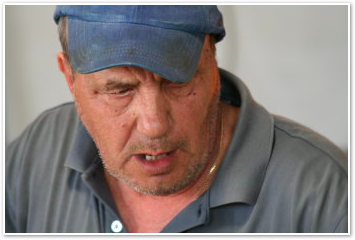 It was very cool there. We went to a glass blowing demonstration, where the guy made this glass horse from a glowing blob of nothing in about 40 seconds flat. 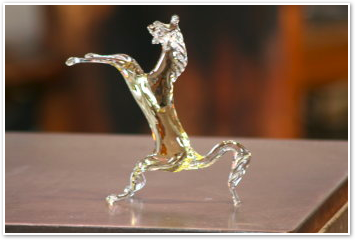 Pretty impressive. If they gave me an oven and a week, I couldn’t make anything that even vaguely resembled a horse. Although they’d have a pretty sweet kindergarten-art-class-style paperweight. I would call it “Horse dropped from building.”

After the demonstration, we ended up getting slightly lost in some random neighborhood. So I broke out my “Learn Italian in One Day for Tourists” skills and asked some guy how to get to the main street. Granted, I have no idea what the answer meant, but he definitely understood “Dove la strada principale.” Eventually, we found la strada principale and got lunch along the canal.

Murano has a ton of really cool hand-made glass shops. And the styles are all over the place – lots of tacky gaudy stuff, as you’d expect, but lots of really cool, streamlined, modern stuff too. I saw a bunch of things that I wanted, but (fortunately for my credit card) most of it was too big for suitcases. And I decided against dropping 100 Euros to ship an 80 Euro vase. So I got a small picture-frame-size glass clock and a little figurine of a goldfish in a bag for Roy and Belinda. They’ll be SO psyched.

Along the canal, we stopped into a really cool basilica called Chiesa di San Pietro Martire. It was gorgeous. Because the Island glass blowers made all of the stained glass windows. And all of the chandeliers were glass too. It was so different than all of the carved marble and gold leaf in most of the basilicas.

We walked around Murano for a bit and took a billion more pictures. Here are some of the better ones: 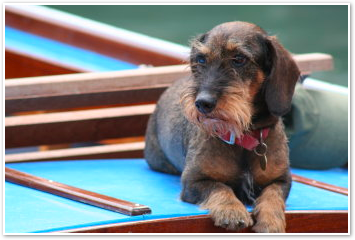 This dog was just hanging out on a boat in the canal while his owner ate lunch. The dogs here are SO much better behaved than the ones back home. Natty would never cut it.

This boy was fishing in the canal with his dad and brother. They were using little teeny crabs for bait. 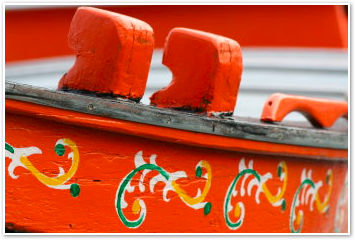 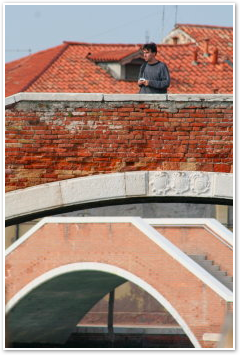 In the evening we headed back to Venice and wandered. We accidentally found St. Mark’s Square, which is this HUGE common area in front of St. Mark’s basilica. The square is about the size of a football field and is bordered on 3 sides by these cool seamless buildings (I think there’s an art gallery or a museum in them). The square was peppered with curtain-draped stages. Each one with a jazz or classical quartet, dressed to the nines. It was pretty wild. Felt like we stepped into the climax scene from a chick flick. I kept waiting for Meg Ryan to run in and throw her arms around Tom Hanks/Billy Crystal and confess her love for him despite the fact that INSERT ACT OF SELFISHNESS/STUPIDITY HERE.

We walked around some more in search of food, and randomly picked Ristorante San Stefano. Which is Italian for “really mediocre tourist food.” Now I know where they train the folks for Olive Garden. We skipped out on dessert and had a Limoncello at Harry’s bar.

Which I know is famous, but I’m not sure why. I’ll have to Google it.*

After Harry’s we started walking back to the hotel. Or so we thought. Apparently every bridge and canal look EXACTLY the same at night when all the stores close up and take their signs down. So, we proceeded to wander around the city trying to find our way back to the hotel for 3 hours. We were giving serious consideration to sleeping on a bench.

By the way, that thing about people in boats in Venice not waving? Doesn’t apply to Japanese tourists in Gondole.

*Post-script – according to Google, Harry’s is an old haunt of Humphrey Bogart, Ernest Hemmingway, Sophia Loren, and many others. (I didn’t see any of them there. Maybe they were out of town?)

Breakfast was cappuccino and a croissant filled with apple at some café, which I thought was called Totocalcio, but apparently that’s a brand name of coffee that they serve here. 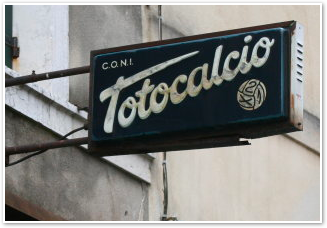 Lunch was at Da Tanduo, a restaurant (or “ristorante” as they say in Italy) along the canal in Murano. It was in-friggin-credible. The best meal of the trip so far. And a major pig-out fest. Antipasti was Sguassetto di Cerze, (mussels in a tomato broth).

I’m pretty sure I butchered the spelling, but I did a good job cleaning the plate. They were cooked to perfection. Somehow, they got the mussels to all say in their shells. I’ve never seen that before – usually half the shells are empty and the mussels are swimming in the broth. Primi was Risotto al Fruitti di Mare (risotto with mussels and shrimp). 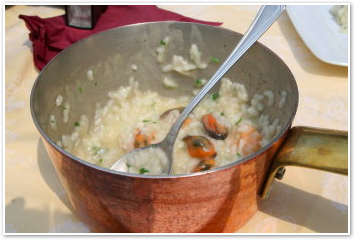 I’ve never had risotto like that before. The texture was just so much better. It was creamy – not gooey like it usually is. Secondi was Griglia Mista di Pesce.

A mixed grilled seafood platter for two with Calamari, Langoustines, Shrimp, Sole and a fish that I think the waiter said is called Gerhere. That might be Italian for something. Or it might be a fish I’ve never heard of. Either way, it was tasty.

The dinner pictures are suspiciously missing from my files. Maybe my laptop decided that the food was too bad to keep a record of and deleted them.