Beppe picked us up at 8:30 this morning and took us to Pisa to see the Leaning Tower.

As many pictures as you see of it, it actually is pretty impressive in person. The tower really is leaning quite drastically. You can’t help but wonder if today is the day that a pigeon lands on the top and knocks the whole thing down.

Everyone poses for pictures in front of the tower with their hand up so that it looks like they’re holding up the tower. I walked by one Chinese girl who was posing like that and high-fived her. She looked confused. 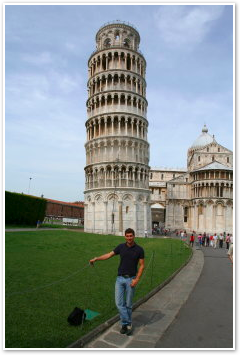 When you visit the leaning tower, try taking off one shoe. The tower will appear straight again.

There are some really old walls by the tower. 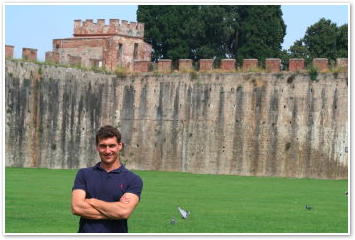 They look cool, although they’re not leaning. I can’t remember when Beppe said they were built, but the Leaning Tower was built in the 12th century, and I imagine the walls are much older. Anyway, point being that I like this picture of me. The lighting makes me look like Popeye.

While we were there, the Giro D’Italia race was going on. Apparently it’s kind of like Italy’s version of the Tour de France but without the obnoxious French people.

I got a decent picture of this guy, who very well could be a famous cyclist, but I’d have no clue. (With all of my baseball teams going right now, I just don’t have the time to manage a fantasy Italian cycling team.)

Some more random pictures from Pisa:

This is the Pisa Duomo. It’s next to the leaning tower. It’s not leaning either. 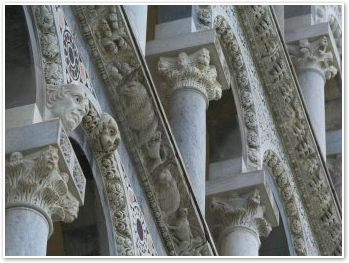 I like the mosaic on the Pisa Duomo. The person who made it gave Mary cartoon eyeballs.

The doors on the Duomo, I’m assuming, were done by a different artist. 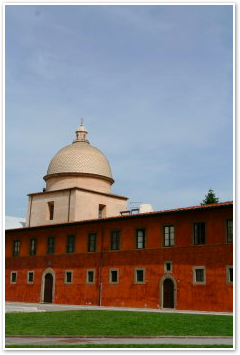 After Pisa, we drove to Lucca. It’s one of the few Italian cities that still has the original protective walls surrounding it. According to Google, they were built in the 1500s to keep out intruders such as the boogeyman.

Lucca seems a little quieter than the others cities we’ve seen. A little smaller too.

In the center of the town is the Piazza dell Anfiteatro. It’s Oval. (Or ovular. Or ovalish?) That’s because the buildings were built on the foundation of an old Roman amphitheater from the third century, AD. A little known fact: during the fourth century, AD, the amphitheater played host to the Rolling Stones. 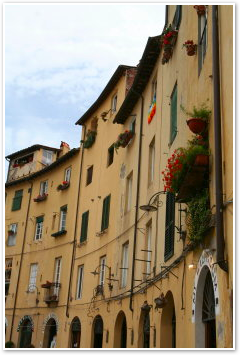 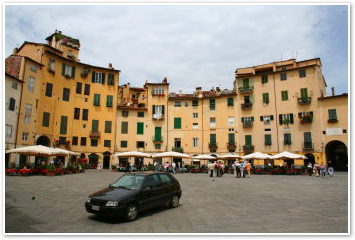 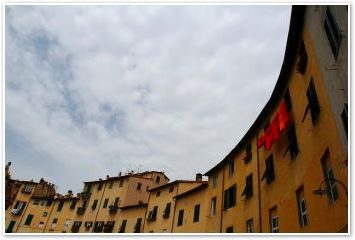 There is one really bad thing about Lucca. Though it’s a beautiful city, it makes you get Suzanne Vega stuck in your head.

Also, the streets are filled with baby motorcycle gangs! It’s scary! They drive around and hold you up at knifepoint for prunes.

Here are a few more shots from Lucca: 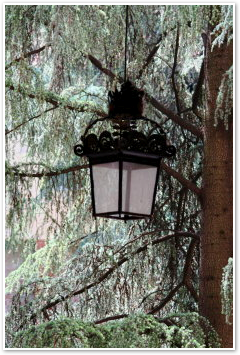 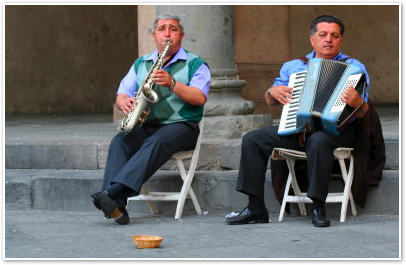 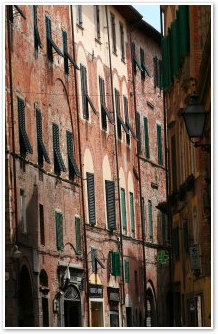 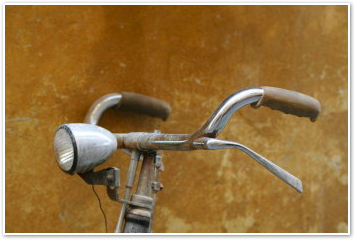 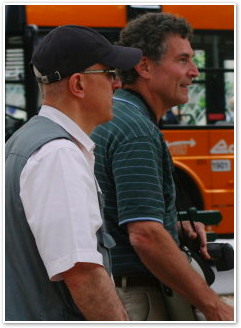 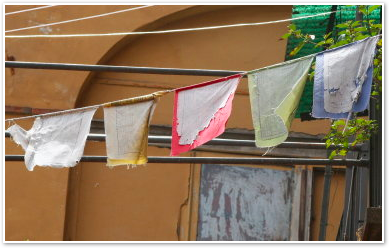 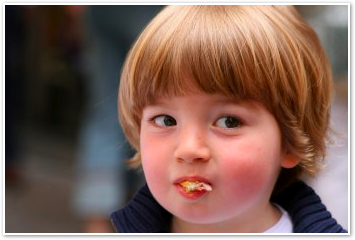 (This kid’s mom was trying to get him to eat his food. He decided to play with it instead.)

Afterwards, Beppe took us for a quick trip through his hometown of Prato – a city just outside of Florence. Looked kind of similar to Lucca, but smaller and quieter. 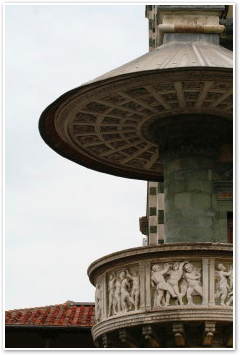 The Cathedral of St. Stefano, in Prato has a balcony off the side that was created by Donatello. So I’ve now checked off two of the four Teenage Mutant Ninja Turtles.

Prato also features a castle called the Emperor’s Castle of Prato. It was built in the 1200s. There was no moat or drawbridge though. So if you ask me, they did a kind of half-assed job.

It was nice to drive through a bit more of Tuscany, even if it was just from the Highway. It’s interesting to see the changing agriculture along the way. The hilly regions are primarily vineyards and olive groves.

For some reason, Beppe didn’t take us to the region where money grows on trees. Must’ve been a road closure or something. Maybe next trip.

Anyway, there are some pretty breathtaking landscapes. Unfortunately, when I tried to get pictures of most of them, I ended up getting shots of breathtaking trucks instead. But a few of them came out: 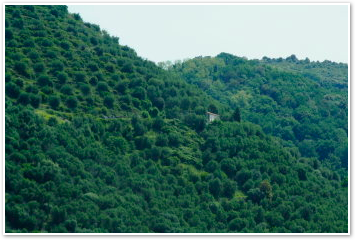 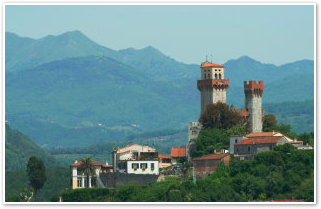 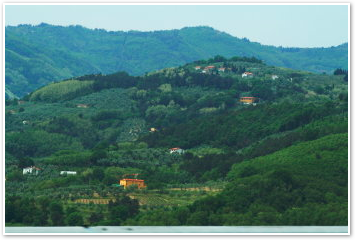 More nutella for breakfast. Only this time I skipped out on the fruit. 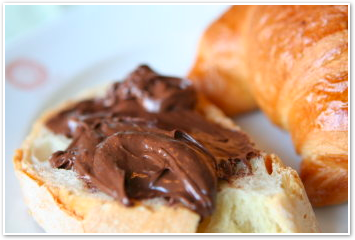 Lunch was at Café di Pitti, across from the Palazzo Pitti in Florence. Antipasti was Crostini with chicken liver pate.

It was very good. And very unhealthy – the chicken liver pate was encircled in what I think was a thin layer of butter. (Although, minus the crostini part, completely Atkins approved!) I also lived up to my vow to stuff myself full of pasta. I had the homemade Picci (like a thick spaghetti) in Pomodoro sauce.

So, for those of you keeping score, that was Pate Antipasti and a Picci Pomodoro Primi at the Palazzo Pitti. 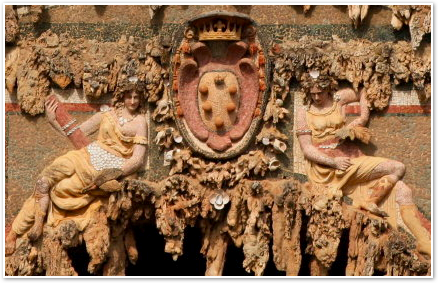 (This is at the Palazzo Pitti. I don’t know what it is. But it looked cool.)

Gelato was at some random Gelato place again. I can’t seem to keep them all straight. I had a cone with caffe and straticcella.

Dinner was at Semdivino, a trattoria a few doors down from our hotel. And there was a MAJOR crisis. Not with the food. The food was great. But my camera battery was dead. So I couldn’t take pictures of my Ribollita or my Pappardelle with wild boar. Instead, I’ve drawn pictures of them.

The Ribollita was chunkier than the one from I’Brindellone. I think I preferred this one actually. It had a bit more flavor to it (although it was a little on the salty side), and the chunks of carrot, cannelini beans, bread and cavolo nero gave it a little more of a rustic character – you got a slightly different taste with each spoonful. The Pappardelle with wild boar was very good too. I think it could have done without the black olives. It was very good on its own, and really didn’t need them. The pasta was home-made, and uber-yummy. (That’s right. I said uber-yummy.)

The only bad news is that I’m getting so stuffed with food, that it’s getting really hard to eat. I wasn’t even remotely hungry for dinner the last two nights. I might have to cut back on lunch in Rome so I have more room for dinner. And when I get back to Florence, I have to try the Bistecca alla Fiorentina. I can’t leave without eating that.*